About the author Coco Oei

Coco is a content producer, subpar bio creator, and certified Gemini. She enjoys long walks on the beach, living life, and has forgotten that this isn’t an online dating profile that she's making. In her spare time (which is all the time), Coco loves writing because it distracts her from her existential crisis and the terrors of being in her 20s.

In light of the current developments of COVID-19, you might feel anxious with all the uncertainty surrounding us. If you’re stuck at home and need a moment to self-soothe, we’ve got quite the unconventional solution for you.

First, take a moment to breathe in and out. Second⁠—don’t roll your eyes yet, try watching Autonomous Sensory Meridian Response (ASMR) videos to relieve your anxiety. If you’re familiar with ASMR, you’ll know that the phenomenon gives off a tingling sensation in your brain. It’s kind of like a head massage without anyone physically touching your head.

You might find the concept strange, but ASMR is said to have helped people fall asleep, relieve their anxiety, and help them detach from social media. If you’re looking for ways to cope then it’s something worth trying at least once. To check out the ASMR and Mukbang artists that we think are worth watching, read on!

Tip: Wear headphones or earphones to heighten and intensify relaxation.

For a diverse collection of relaxing videos, check out ASMRSurge. His Youtube channel ranges from visuals such as soap carving, keyboard typing, pencil writing, to playing soothing tunes on the kalimba.

If you’re looking for an ASMR channel that exclusively carves soap, Most Satisfying ASMR is worth checking out. Each video is a compilation of 3-4 soap carving videos that you can satisfyingly enjoy.

ASMR Dream More also offers a unique combination of ASMR triggers and visuals. Unlike most ASMR channels, her most popular videos consist of makeup destruction and drawing maps.

Although widely known as a lifestyle Youtuber, Sophia Chang has dipped her toes into the ASMR genre, focusing on relaxing facials for different types of skin. You can check out her ASMR playlist here.

There’s nothing quite like the weird and wonderful world of ASMR Suna’s channel. Mostly known for her ASMR mukbang videos, she also has a smorgasbord of visuals such as scalp scaling, makeup routines, and even ASMR videos of her pet pig getting pampered.

If you’re not familiar with the term, a “mukbang” is essentially an eating show where the host eats food while interacting with their viewers. Although these mukbang shows don’t necessarily have ASMR components to them, they do possess a pleasurable quality for its viewers—especially in a visual sense.

Stephanie Soo is an LA-based YouTuber famous for the mukbang videos she shoots alongside her mysterious fiancé, Stephiancé. She delves into true crime stories and conspiracy theories all while eating copious amounts of food.

Yang Soo Bin is a popular South Korean mukbanger best known for her fun-loving personality, her beautiful singing voice, and the amusing reactions she makes whenever she eats good food.

Yuka Kinoshita is a Japanese competitive eater, which only makes sense as to why she’s become a sensation within the mukbang community. In her video, Yuka usually has a gigantic donburi rice bowl where she consumes up to 23,000 calories worth of food in one sitting.

Ssoyoung’s mukbang videos are a combination of laugh-out-loud moments and relaxing sounds. She usually (and fearfully) handles live sea creatures on her show—some seemingly from the depths of the ocean. After she’s finally gotten a hold of the creatures, she then cooks and eats the seafood for some relaxing ASMR sounds.

Bretman Rock needs no introduction—if anything, the Hawaiian-based Filipino sensation is one of the biggest beauty influencers on Youtube. Along with his sister Princess Mae, Bretman Rock has made hilarious mukbang videos (bullying Princess and) eating Korean BBQ, Spicy Ramen, and Jollibee.

HyuneeEats is a great introductory mukbang channel to people who aren’t familiar with the genre. Her bubbly personality has garnered a younger audience that enjoys watching her eat four packs of 4x Spicy Mala Fire Noodles all in one sitting.

Similar to Stephanie Soo, Megan McCollum narrates true crime stories and conspiracy theories over generous servings of food. However, Megan also does calorie-based mukbangs where she challenges herself to eat 10,000 calories in a day.

Let’s not forget the Worldwide Handsome Guy™ that started it all. Eat Jin is a mukbang show that BTS’ Jin would broadcast in order to interact with ARMY (and occasionally, to scold Jungkook). Although Jin doesn’t have a Youtube channel, you can find his Eat Jin videos all over Youtube uploaded by a handful of ARMY channels.

If you enjoy mukbang videos with Korean fried chicken, cheesy corned dogs, and cheesy fire noodles, Nado’s channel is worth subscribing to. Her adorable personality and amusing video editing skills are also two of the primary reasons why her followers keep coming back for more.

Ddeong-gae is a South Korean mukbang channel run by two brothers, BJ Ddeonggae and Gaeddeong. However, you will most likely find BJ Ddeonggae on the channel—eating a dozen drumsticks of Korean fried chicken, Korean cheese balls, and even raw salmon.

There’s one quality about Zach Choi that has piqued interest among mukbang viewers: he doesn’t talk. Although he has collaborated with multiple Youtubers, Zach Choi isn’t one to make the slightest peep. But despite Zach Choi’s lack of speech, his videos are definitely a feast for the eyes and ears.

For pristine audio and a variety of food choices, Haewoong (or SeaBear)’s videos are worth checking out. Some of his popular uploads consist of eating Korean fried chicken, slurping black bean noodles, and munching on a tub of Maltesers dunked in milk.

Dubbed the “Grandpa of ASMR,” Morpheus ASMR has charmed the Youtube community with his self-produced mukbang videos. Some of his popular uploads include eating mochi for the first time and eating Hostess’ SnoBalls. If you’re looking for wholesome content, don’t miss out on Morpheus ASMR!

P.S. Don’t skip the ads on his videos as he uses the money to fund the production of his videos!

If you’re a part of the SAS-Squad, you’ll know that Sas’ channel has been around longer than most mukbangers. Sas’ videos cater to many ASMR sounds such as crunching and slurping—you’ll usually witness her eating fire noodles and rice cakes, trendy desserts, and weirdly enough, edible household items like glue, sponges, and screws.

N.E. Let’s Eat is the family-friendly ASMR mukbang channel you should watch with your kids. Along with her children, Nico and Emma, you’ll find Sissi munching on sweets, sashimi, and Jollibee!

Want more strange videos of people munching on edible household items? Although she has a multitude of relatively normal mukbang videos, Jane ASMR’s most popular uploads include her eating edible hairbrushes, chocolate spoons, candles, and more.

Pushing boundaries within the mukbang genre, YAMMoo has made her presence known through the supersized foods she creates from scratch. In one of her most recent videos, YAMMoo wears a mining uniform as she eats edible hard rocks made from xylitol. P.S. If you’re a Tiger Sugar fan, check out this video where she slurps down a king-sized cup of milk tea!

Featuring delicate and impeccable desserts, Cooking Tree soothes while it teaches viewers how to recreate dishes both savory and sweet. If you’re looking for quality ASMR sound with the aesthetic to impress, Cooking Tree deserves a subscription.

Honeykki is one of the OGs when it comes to the ASMR cooking genre, introducing simple Asian and European recipes for her viewers to enjoy. Similar to Binging with Babish, Honeykki has been one of the pioneers on Youtube for remaking iconic dishes from film and TV.

Despite the 4K resolution and the impressive artistry in her plated dishes, Wife’s Cuisine offers step-by-step tutorials on how to recreate her classic Korean recipes.

Know some more channels to give us the brain tingles? DM us on Instagram at @bookyapp for your suggestions. We know that right now might seem uncertain—and believe us, uncertainty can be anxiety-inducing, but here’s one thing we know for sure: we’re here for you. Take care always! – The Booky Team 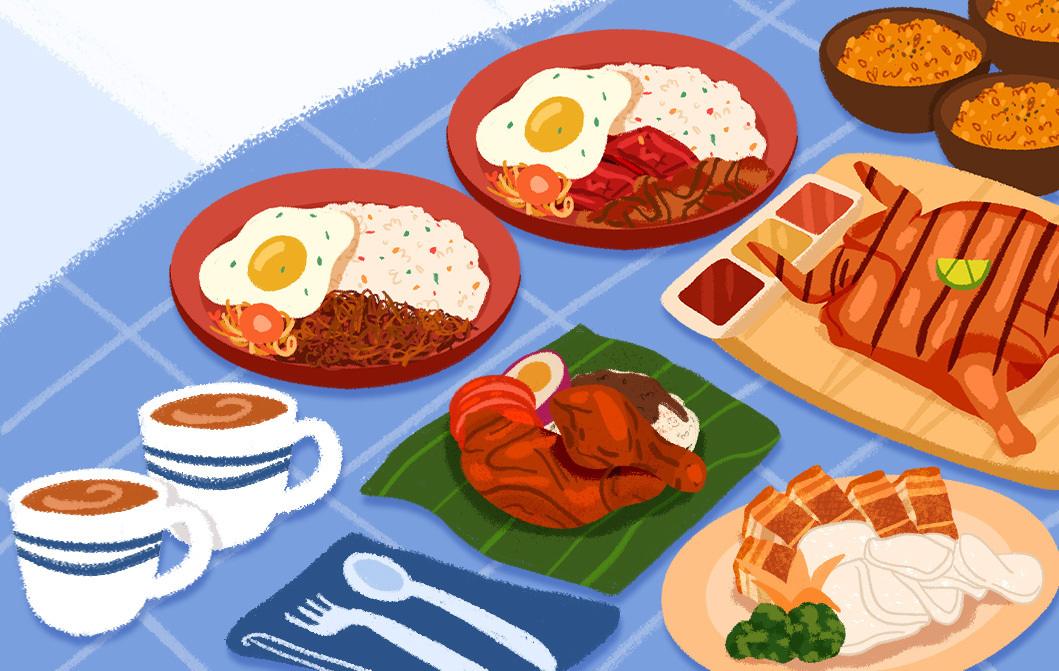 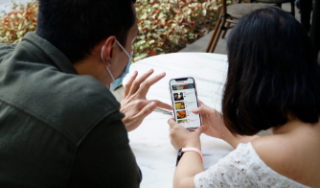