After a very long wait, the famous gourmet grocery from New York City has finally opened its doors in Rockwell Edades Tower, Makati.

You will definitely want to add this to your Must Try list on the Booky app. Download it now from the Play Store for Android and the App Store for iOS.

The upscale grocery was one of the first handful of trendy food spots in New York in 1997. It introduced ingredients such as virgin olive oil and sun dried tomatoes which now grace the shelves of any major grocery around the world. Dean & DeLuca has since expanded to include several groceries across the United States, three cafes in New York City alone, and over thirty-five stores in countries such as Singapore, Japan, and the Middle East.

Dean & DeLuca Rockwell Edades Tower is a deli with a grocery area. Goods such as wines, sauces and dry pasta are now available, and you can also take home breads from their bakery. What people have been lining up for is their dine-in menu, which has pizza, pasta, coffee, and sandwiches. As it’s on soft opening, the menu is still being finalized, and one may want to avoid the long waiting time during lunch and dinner. But so far, people are raving about their pasta, pizza and coffee.

While there’s still some way to go before its official opening, based on the crowds and pictures, we’re seeing some very happy foodies.

Do you think this will be a top restaurant? Be an expert foodie, add it to your ‘Favorites ‘on the Booky app, and you might see it soon on our Top List for Makati or our Top 100 list for all of Metro Manila. 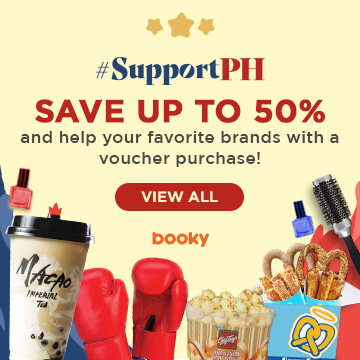