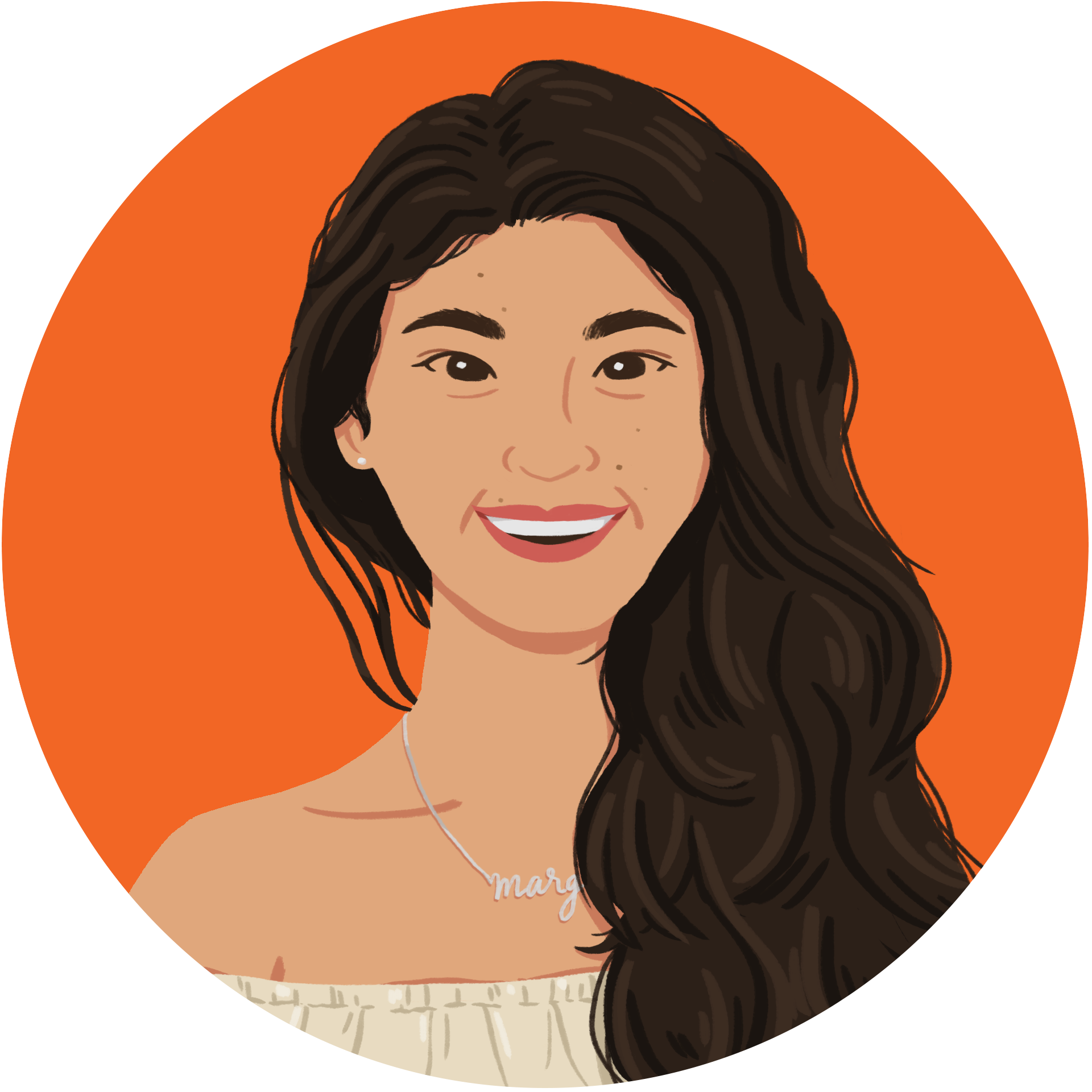 About the author Marga Salvador

Marga is in a relationship with food and has the thighs to prove it. Her hair is real and it is full of secrets. If things went her way, she'd be a food critic or working in organizational development. Marga loves kids and takes a month off work every year to be a n̶a̶n̶n̶y̶ summer camp counselor. She makes one good joke every month. Also, she likes bread. @margapandesal

The future is here, my friends.

Like many people in 2019, I’m spending less money on material things and investing more towards experiences. Since space travel may not be made commercial any time soon, being able to spend 60-90 minutes in a futuristic sensory deprivation pod is a close second.

The future is here, my friends, and floating is the new meditation. I got to try Float Manila’s float pod over at Saddle Row for the first time and boy, was it an experience. Here’s everything you need to know about floating and why you should give it a try.

In a nutshell, it’s just that. You are made to float in a temperature controlled “float pod” for period of time. Think of it like floating in the ocean… except you’re not in the ocean.

The float pod, also known as a float tank, is filled with salted water to match the temperature of your skin. The salt makes the water buoyant, keeping you on its surface. The warmth of the water creates a level of sensory deprivation, allowing you to achieve a heightened state of relaxation and meditation among other benefits.

What does it do?

Benefits of floating include pain relief, relaxation, and meditation. If you’ve ever gone swimming and just allowed yourself to drift with the water, floating gives the same stillness and tranquility, but multiplied by 10.

Iza Calzado floats to de-stress and help her regain her sleep pattern after a long week of shoots at odd hours. Athletes like Steph Curry, and PBA’s own Sean Anthony, have been known to float before games to optimize the effects of training routines, accelerate injury recovery, and increase energy level. Floating is also used for for stress and pain relief, rehabilitation, and increased creativity and enhanced memory.

With our fast-paced and never ending list of things to do nowadays, floating allows your body (and mind) to be suspended in a state of calm and give you a rare physical and mental reboot.

Where can I float?

Float Manila has float pods located in Saddle Row, Rockwell and Central Square. Float Manila wants to make floating as accessible as possible but while they work on getting more pods in Manila, all floats are made by appointment or can be booked here.

How does it work?

Unlike jumping into a pool, you’ll need to take a shower and strip your body of any natural oils or applied products first! The water is warmed to skin temperature (about 34°C) so these will “melt” off your skin and for hygienic purposes, you don’t want to be soaking in them for the duration of your float.

You don’t actually have to bring anything to your float session. Towels, soap, shampoo, and conditioner are provided so whether you’re starting your day or ending it with a float, there’s no need to lug your gear around with you. Floating is meant to be a release of stress and the set up and amenities at Saddle Row make sure of that.

Once showered, it’s time to say “BRB” to the world and put on some ear plugs! This is 1) so the water doesn’t get in your ears and 2) to muffle any external sounds. For the first few minutes of your float, the pod plays music that borders on white noise. Personally, this helped me get in the zone but if you’d prefer, you can arrange with the staff to not play any music or your music of choice.

Floating is a new form of healing and relaxation. Since float therapy is such a new concept for most people, it’s common to feel unsure about what exactly to do for those 90 minutes. Fortunately, the staff provide new clients with an orientation so you know what to expect and tips for getting the most out of your session.

Insider Tip: If all the information is overwhelming, there are information and instruction cards inside the Realign room to help you remember everything.

Absolutely.  First of all, the water is filtered. Second and more importantly, there’s over a ton of Epsom salt dissolved in the water which makes it impossible for bacteria to thrive while you’re in there.

After your float, the jet streams turn on and trigger the pod’s built in filtration and disinfection system. The streams circulate hydrogen peroxide throughout the pod while a UV lights kills any remaining bacteria, ensuring that it’s squeaky clean for the next floater.

You can opt to float in a swimsuit, it’s recommended to float in your birthday suit so that there aren’t any fabrics rubbing against your skin and nothing stands between you and the water. Being in the nude, the precisely tempered water, and the shape of the pod itself are meant to mimic being in the mother’s womb. While floating in fetal position isn’t recommended (you don’t want the salted water in your nose or eyes), the sensory deprivation achieves the feeling of being suspended and cradled.

If you’re like me and you dipped a toe into the pod before going all in, you’ll notice that  the water is quite warm to the touch and you wouldn’t think that that was to body temperature. Once you get an entire leg in, however, that all changes and your body assimilates to the temperature in the most relaxing way.

How big is the float pod?

The pod is surprisingly spacious. Closed, it looks like a very large egg and is roughly 12ft long and 5ft high. I’m 5’7 and while I could not stand completely erect with the pod door open, the amount of space in there was plentiful. With arms and legs outstretched, I could not touch either side of the pod nor could I reach the top or bottom with my head or toes. Plenty of room.

As soon as you’re in the pod, you’re going to try to sit down and ready yourself for laying down. Let me tell you that this will be harder than it sounds:

Unlike sitting in saltwater at the edge of the ocean, the pod is filled with over a ton of Epsom salt, making it far saltier and more buoyant than ocean water. The Epsom salt, a.k.a. magnesium sulfate, also promotes absorption of magnesium which may help with muscle recovery and relaxation

How salty is it?

For those of you curious enough to find out just how salty a ton of Epsom salt is, a tiny drop on your tongue or lick of the finger will tell you that it’s an eye-opening concentration of salt that quickly turns bitter. Trust me when I say, you can pass on the taste test.

As you try to prop yourself in a seated position, you’ll notice that it’s your hands on the bottom of the pod keeping you steady. It will be difficult to close the pod door this way and I suggest you get on your knees for that task. For those who are claustrophobic, you can still float with the pod door open. After it’s closed, get back on your bottom and remove your arms from underneath you. Once you let go, the heavily salted water will lift your entire body up and just like that, you’re floating.

Try and avoid getting the water on your face at all. This will sting your eyes more than ocean water and it’s harder to rinse out. I would know, I made that mistake for you. If the salted water gets into your eyes, there’s a provided spray bottle of water to help rinse them out without getting out of the pod. If the water gets in your ears, there is also a bottle of vinegar provided; a couple of drops will allow the Epsom salt to dissolve.

In the beginning, you will feel the need to clench your muscles and hold the weight of your head in order to keep still and stay afloat, but there’s no need for that. Unclench, let your arms hang loose, relax your neck, and just let yourself float. I had the most difficulty relaxing my neck for fear of the water not being able to support my head but once I let go, it was a game changer. Instant calm.

You’ll notice that the float pod has lights that change color. The trippy lights change gradually and aren’t bright enough to be sensed when you have your eyes closed. On the side of the pod, there’s a button you can press to turn the lights off completely.

Once you’ve achieved the physicality of your body floating, the next task is to allow your mind to float. Clear your headspace or count backwards until your thoughts drift… If you have a sprain or sore area, the sensory deprivation and “lack of feeling” throughout the body can highlight the pain in these areas at first. Allow those parts of your body to assimilate and the pain will “fade” as well.

Falling asleep in the pod isn’t a problem; it won’t be a waste because the feeling of suspension will allow you a sleep that your bed simply cannot achieve.

All in all, expect to spend up to two (2) hours for this unique experience:

As a default setting of the pod, music will start playing 5 minutes before the end of your float. Use this time to gather yourself and prepare to get out of the pod.

When you’re ready to get out, the shower is a mere two steps away so there’s no need to wrap up and walk across the studio to the showers. Everything you will need for your float will be in the Realign room.

If allowed to dry, the Epsom salt in the water will leave a powdery layer on your skin that feels like fine sand clinging to your body. I would recommend getting into the shower right away. Do try to keep your mouth closed and lips pursed as you rinse off because the Epsom salt is flowing down from your face and hair. If you did a taste test earlier, there’s no need for a repeat.

Take your time and take a thorough shower. The warm water and smell of soap will help re-energize and “bring you back to life” after your float.

Even though it took me a while to assimilate to the float (and a couple of erroneous encounters with the salted water), I felt completely energized for the rest of the day and had an incredible night’s sleep.

They say three (3) is the magic number and reports state that you’ll feel the optimal benefits of floating after your third float. While being a regular floater sounds expensive, it doesn’t have to be.

Floating is quite one-of-a-kind experience. If you’re not sure about shelling out ₱₱₱ for a float, take a look at this offer on Booky. It’s for 30% off your on a 90-minute float which I’d say is perfect for your first float.

People have since asked me what floating felt like and strange as it may sound, it felt like an endless calm. Not being able to see, hear, or feel anything for an hour is completely rare and allowed me to actually clear my mind and just be.

For more information on floating, take a look at Float Manila’s website.